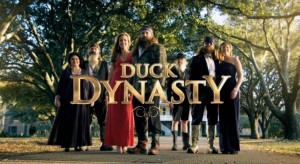 I’ve only watched the show a handful of times…but when I watched it I liked it. I’m not sure why, but perhaps it’s because they seem somewhat close to my version of normal. They try to follow their convictions, which at least in some measure are similar to mine, not always getting it right. They love family and annoy family.  They pray at the dinner table and their family is multi-generational and fiercely loyal. It is no surprise that the whole family is standing with Phil.

2. While this is not a First Amendment issue, it is a deeper example of the state of our culture.  We are quick to speak, quick to anger and slow to listen. (James 1:19).  Whether the debate is between right and left, Republican and Democrat, Christian and homosexual,  or Duck Dynasty and A&E, we are too often intolerant of those who disagree with us. From boycotts to petitions to calls for someone’s job our goal is to win rather than understand. And let’s be honest, from Christians boycotting Disney to Starbucks boycotting Willow Creek’s church leadership event, both sides love a good boycott.

3. It took about 700 names on a petition to Starbucks CEO Howard Schultz, for him to pull out of Willow Creek Community Church’s leadership summit.  The “Stand with Phil Robertson” facebook page is nearing 1.5 million likes and 300,000+ petition signatures.  Probably more important to A&E is that the Robertson’s are standing with Phil. It will be interesting to see what A&E does.  What they do will be an indication of whether they are more convicted about money or about the morality of homosexuality.

4. I don’t think it should have been a surprise to A&E that Phil Robertson has traditional views regarding marriage and homosexuality. I also don’t think it should have been a surprise that if asked, he would say what he thinks without regard to what others think about what he says. I’ve only watched the show a few times and I know that.  On the other hand, I would be surprised and a bit bummed if someone at Calvary used the language that Phil used. I do believe that his heart is to “love his neighbor” but I also believe that some of the language that Phil used doesn’t communicate that love well.

5. I don’t believe I can fully know Phil’s heart or mind on this issue when it is only communicated through a news article. As I’ve read through the articles and responses it’s interesting to read which comments some articles focus on and which ones they leave out.  Again if the goal is to win rather than understand, that’s what we do.

6. I believe that one of our deepest cultural sins is greed…and I believe that the sexual mess we find ourselves in is a symptom of that greed.  And yes I do believe that our culture is a mess sexually, but that mess goes far beyond the issue of homosexuality.

So.  For the last few months the Calvary staff has been reading two books and a paper I wrote on the church’s response to homosexuality.  The two books are “Washed and Waiting” by Wesley Hill and “Is God Anti-Gay” by Sam Allberry.  Both men struggle with same sex attraction. Both men have a conviction that their surrender to God involves living a celibate life.  I have found both books helpful but even more importantly I have been so grateful — and even a little bit proud — to lead a staff that is so passionate about loving others with grace and truth.  To do that we must be slow to speak, quick to listen and slow to anger. To do that our ultimate goal must be to love rather than to win.

In the end God wins but from the beginning God has loved.