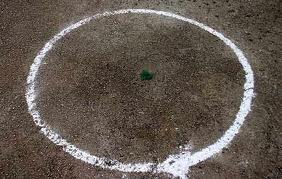 Polytechnic Institute have found that when just 10 percent of the population holds an unshakable belief, their belief will always be adopted by the majority of the society.”  RPI is a reputable university, top 50 in the country, often compared to the ivy league schools. The scientists, who are members of the Social Cognitive Networks Academic Research Center (SCNARC) at Rensselaer, used computational and analytical methods to discover the tipping point where a minority belief becomes the majority opinion.

Take a look through history and you will see that the culture of the normalized 90% is often shaped by the passion of the radicalized 10%. I guess that’s one thing we should make clear, for the 10% to make a difference, they must be passionately committed to an unshakable belief.

And of course we see it in the book of Acts as we watch a tiny handful of mostly Jewish believers start a world changing gospel movement in less than 30 years without Facebook, twitter, texting, websites, or mass transportation.

How does a movement begin? With a radically committed 10%.

Now think about this. There are about 140,000 people in our ministry region — mostly Centre County, but a bit beyond that. What would it take to change the culture of 135,000 people. A fully committed 10%. Wow, that seems like a lot, but according to the Association of Religious Data Archives there are about 10,000 evangelicals in our ministry region. All we need to do is borrow 4000 from the mainline and Catholic congregations and we are there no problem.

But the obvious problem is that those 14,000 are not all radically committed to Christ and the gospel. So how do we get the 14,000 radicalized? We need 10%. That’s 1400. There are close to 1400 people in our region who call Calvary their church home. No problem.

Maybe we should start there?

“When the number of committed opinion holders is below 10 percent, there is no visible progress in the spread of ideas. It would literally take the amount of time comparable to the age of the universe for this size group to reach the majority,” said RPI professor Boleslaw Szymanski, “Once that number grows above 10 percent, the idea spreads like flame.”

The great revivalist Gypsy Smith was once asked by a young pastor how he could start a revival at his church. The evangelist simply told him to go home, draw a circle on the floor with a piece of chalk, and kneel within that circle. He then instructed him to pray for revival for everyone on the inside of that circle and, after that, he would start to see revival on the outside of that circle.

After I draw my circle, I’ll loan you my chalk.