I spent some time last night watching the NBA draft.  Most basketball experts consider it one of the worst drafts in recent years, but my team — the Minnesota Timberwolves — had four drafts in the first 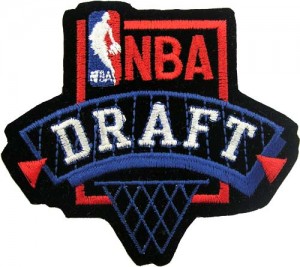 round, so I watched.  As I watched, I was thinking about the whole “choosing” thing.  It was interesting watching those who were chosen later than expected.  Not an easy thing, we all want to be someone’s chosen, right?

It was everybody’s elementary school nightmare, unless you were Blake, Hasheem, and Ricky – the kind of people that everyone wanted to choose.  I’m talking about picking teams.  Two people would stand out in front – usually two who never needed to worry about being the last ones chosen – and they would pick from the group, one after another.  When the finger was pointed at you, it meant that you belonged.  It meant someone thought you were good enough to be on the team.  If you were on of the first chosen, it meant you were good, a winner.  If the pointing was nearing an end and you were still standing in the unchosen group, it meant that you were only going to be picked because you had to be picked – everybody gets to play in elementary school.

So I’ve been pondering all week these words from James chapter 2,  “Has not God chosen the poor of the world to be rich in faith, heirs of the Kingdom, and lovers of God?”  James intends it to be a rhetorical question with the assumed answer, “yes.”  All our lives we’ve been trying to get chosen for our
riches, rich in friends, rich in talents and abilities, rich in finances or opportunities.  What if God choose on the basis of our poverty?  That would take a massive recalculation of our path, wouldn’t it?

If God has chosen the poor, and I’m not poor, what do I do then?