One day Mark Mittleberg — then a pastor at Willow Creek Church in Chicago — was buying a few things at a grocery store, and decided to pick up some flowers for his wife, Heidi.  While waiting to pay, he struck up a conversation with an elderly woman who 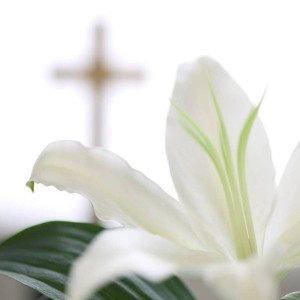 was waiting in line in front of him.   “I remember when my husband used to bring me flowers,” she said with a far-away look in her eyes and emotion in her voice.  “But he died many years ago.”

It was obvious to Mark how much she still missed her husband, even after all these years.  He tried to say something that would encourage her.  She made her purchases, said goodbye and left the store while his things were being rung up.  Suddenly, an idea hit him:  Go and give her your wife’s flowers!  He felt a mixture of excitement and embarrassment.  He quickly paid for his stuff, ran outside and found the woman walking across the parking lot.  He held out the bouqet to her and said,  “Your husband isn’t available to do this, so I’d like to give you these.”

It was just a little thing.  He didn’t throw himself in front of an oncoming car to save her life.  He didn’t hang on a cross.  They weren’t even great flowers — just your basic grocery store variety for goodness sake — but his gift made a deep impression.  In fact, she insisted that he come to her home for tea, and they had a great time of getting to know each other.

Since that day Mark and his family have lived in five different places.  Ten years later, they received a package in the mail with gifts for the children and a letter saying thank you.  The woman had gone to the effort of finding out where they now live.  In her letter she wrote, “Even now, ten years later, I still tell my friends about that act of kindness and how it encouraged me.”

It says something about our world when even the smallest of gifts become  the biggest of deals.  Do you want to be different?  Do you want to leave a mark?  Stand out in the crowded memories of someone’s heart?  Be kind.  Be selfless.  Be a giver.  Be generous 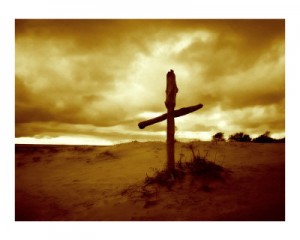 like Jesus.  In fact you know what?  You won’t just be different.  You will be sought out.  You will be remembered by people you touch long after you leave their lives.

That is the nature of grace.  True grace is remembered.  The greater the generosity, the longer you will be remembered.

Which is why the world will never forget the cross — amazing grace.