Crocs in a Box 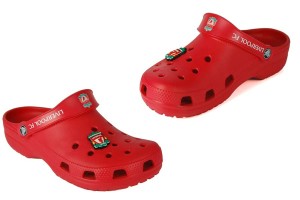 Once upon a time they invented and dominated the five-and-dime market. The Woolworth’s vision was that you could get anything, and get it cheap at their store. And they had everything… including crocodiles. Some of you might remember this story. For a mere 75 cents you could buy a small croc at the five and dime — very popular buy for kids who longed for a pet, couldn’t afford a dog and didn’t want a cat. Think about it, what kid would want a cat, when they could purchase a 6-inch-long, big-eyed, long-nosed, whip-tailed, still small-toothed crocodile. You could feed it a few bugs or minnows and imagine you were on safari. 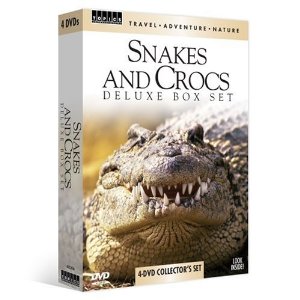 Did you know that crocodiles typically continue to grow throughout the course of their whole lives? There is no maximum size-limit. They just keep growing — about a foot a year. In the wild they usually don’t live long enough to grow beyond 15-20 feet. But with good conditions — I’ve heard — they could easily double that.

So are you thinking what I’m thinking? One word. Lawsuit. How could Woolworth’s do something like this? Simple, every crocodile came with a box. And every box had a warning. “Never. Ever. Never leave your crocodile outside his box. Funny thing, the croc would never grow larger than his box. As long they didn’t live outsde the box, they would stay the same same small, five-&-dime size.

So this week I’ve been thinking about the awe-full power of God. No. My question is not, “how many of us have put God in a box.” We can’t. He won’t be contained. Our question is “Am I Living Life Outside the Box.” Or am I hiding from God in my box — keeping my dreams, my hopes, small, like crocs in a box. If your answer is yes, just understand, God didn’t put you in the box.