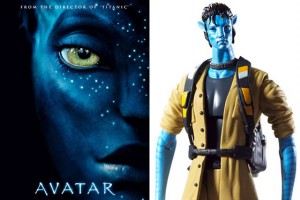 but not a big 3-D fan.  So it took me a while to go.  I think what finally put me past the tipping point was listening to a bit of Mark Driscoll’s Avatar evaluation (Mark is the pastor of Mars Hill Church in Seattle – big church).  Now granted if you know anything about Mark Driscoll — some call him the cussing pastor — you know that he likes to speak his mind and he enjoys a bit of controversy.

Anyway Pastor Driscoll called Avatar “the most demonic, satanic movie I’ve ever seen.” He called it “demonic paganism” with a portrayal of a “false Jesus,” a “false resurrection” and a “false heaven.”  Driscoll remarked, “That any Christian could watch that without seeing the overt demonism is beyond me.”  Such remarks coming from a professed fan of ultimate fighting — I decided I needed to see for myself this most demonic, satanic film.

So here are a few thoughts —

1) I thought the 3-D was actually quite good.  The glasses made the movie a little dark, but this was not your father’s 3-D experience.

2) The movie most definitely has a pantheistic (god is in everything, everything is god) worldview, but that has been one of Hollywood’s preferred world-views for years.  We might as well say that Star Wars and the Lion King were demonic movies (both were also quite pantheistic).

3) On the other hand there were some significant connectors to the true story of life — the gospel story — watching the movie you sensed the embrace of things like unconditional love, self-sacrifice, resurrection, incarnation, and even the restoration of creation.  C.S. Lewis suggested that story themes like this can awaken our sehnsucht — an innate sense that we were made for something we are missing.

4) Finally I like the dichotomy that John Ortberg points out in a Leadership Journal article.  He writes,

…the qualities in the heroes (of the movie Avatar) are remarkably consistent with many of the words listed by church leaders (in their description of mature Christians): courageous, loving, giving, loyal, generous. What it means to be a good person has been embedded by God pretty deeply into human consciousness.  How we get there is another matter.  Then I’ll ask this question: do you think the average unchurched person in America thinks of these characteristics when they hear the word “Christian”? Not so much.

If you go to Avatar, enjoy it through the lens of a good Biblical world-view.  It is pantheistic, but it also reminds me that there are elements of the gospel — at least reminders of a hunger for the gospel planted within all people.  I would encourage you to go with someone who is not a Jesus-follower and have a good conversation about their world-view and your world-view.  But just a head’s up — I wouldn’t start with the words — “that was the most demonic, satanic movie I’ve ever seen.”  I statement like that tends to be a conversation stopper.