In 1965, a testimony before a Senate subcommittee claimed that the future looked bright for leisure time in America. By 1985, predicted the report, Americans 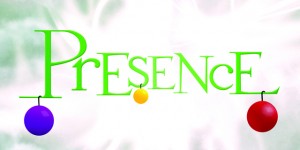 would be working 22 hours a week and would be able to retire at age 38. They missed that one!

What was the reason for the prediction?  Technology was going to usher in an array of labor-saving devices that would give us an abundance of free time; time saving devices like — Microsoft Windows, video recorders with programmable digital clocks that always flash 12:00am and Facebook — time saving devices like that.  Now admittedly the technological advances since 1965 go beyond amazing.  Yet 45 years later, 85% of the men and 65% of the women in America work longer than 40 hours per week.

Why was the prediction wrong?  Nobody took into account our appetite for stuff.  Nobody took into account the rise of consumerism and our belief in the myth of more.  What is the myth of more?  It’s believing that even though what I have has not satisfied me, surely if I just had a little more, then I would be satisfied.  Nowhere do we see this more clearly than Christmas.  If we are not careful we can get lost in the Christmas story of consumerism.

Whether you are a person of faith or not; whether you celebrate Christ, Santa, Hanukkah, or none of the above; we can all admit that one more present under the tree probably is not going to make Christmas all we hoped it would be.  At the heart, the first Christmas story was much more about “presence” than it was about “presents.”

When my son was about two, he would come running every time I came home.  He would sit by my side when I took off my boots and then he would put them on and try to walk around the house.  Then he would get the biggest kick out of sitting in my truck and pretending he was driving like me.  When He came to my office, he wanted to take my football helmet off the shelf and put it on.  Boots and football helmets and trucks… what more could a two year old want?

But suppose for a minute that that’s all he ever got. Suppose that rather than coming home, I just sent my boots and my football helmet.  I had somebody else bring the truck over for him to play in.  I told him that he could play with them whenever he wanted, but he would never see me again.  Would that have satisfied him?  I don’t think so.  It’s not boots, a truck or a football helmet, the presence of a father means more than the presents of a father.

So here’s the Christmas Challenge.  This Christmas season, give a few less presents and give a bit more presence.  Have a conversation.  Play a family game. Go sledding.  Play Xbox…together.  The options are endless.  More presence less presents.