A Bold Prayer for a Great Journey

Sir Francis Drake was an interesting man.  Born sometime between 1541-1543, to English working class parents, his father was a farmer who later became a pastor. 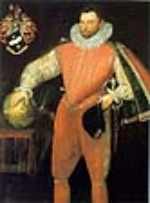 Early in his life he was involved in the slave trade, but there is also some evidence that he also befriended escaped slaves.  He spent some time as a pirate, but on a trip around the world — one of the first — he also held daily religious services.  He was a fearsome captain for England against the Spanish, but he was also known for his kindness to opponents who had surrendered to him in battle.

Like many of us, I would guess he was a flawed man in need of grace, who had a heart to pursue God.  I’m not an historian, you’ll have to study his life to know him better — but in all these things over the course of the years he gained a reputation as a bold adventurer.

This prayer was found — by me by a post from Eric Hart — but found originally in his diary written on the night before one of those great sailing adventures he embarked upon.  I love the prayer.  It’s called 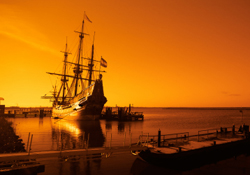 Disturb us, Lord, when we are too well pleased with ourselves,
When our dreams have come true
Because we dreamed too little,
Because we sailed too close to the shore.

Disturb us, Lord, when
With the abundance of things we possess
We have lost our thirst
For the waters of life;
Having fallen in love with life,
We have ceased to dream of eternity
And in our efforts to build a new earth,
We have allowed our vision
Of the new Heaven to dim.

Disturb us, Lord, to dare more boldly,
To venture on wilder seas
Where storm will show Your mastery;
Where losing sight of land,
We shall find the stars.

We ask You to push back
The horizons of our hopes;
And to push us in the future
In strength, courage, hope, and love.
This we ask in the name of our Captain, who is Jesus Christ.